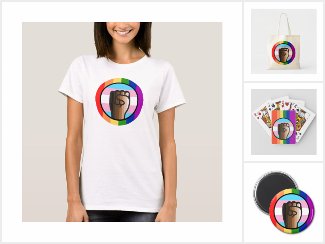 Hello everyone!  This is the second post in a planned series of posts about TikTok! I anticipate there will be about 3-4 posts in this series, and they should each be debuted over the next 2 weeks. The posts will cover a range of topics relating to how and why (i think) Librarians can use TikTok for their library program.

Find me on TikTok @gvhslibrary

Some of my favorite tik toks!

Before we get started on this post’s topic, let’s start with a few of my favorite tik tok videos!

We are librarians, which means we tend to want to thoroughly research a tool before we use it. Here are a few articles that might help you if you are trying to decide whether TikTok is safe to use.

Is the TikTok App Safe for Kids?

This article gives a really nice explanation of why some government branches are choosing to ban the use of TikTok, when they rarely choose to ban other social media platforms. I think some people heard about the military banning tiktok and it made them assume that that means TikTok is not safe for the average person to use.  Unless you have access to state secrets or information that could jeopardize national security, Tiktok is probably just as safe for you to use as all the other social media platforms. This article explains it in more depth.

When I posted my first post in this series, I got a lot of great feedback from other librarians. Some librarians were excited about TikTok, and have either already been using it, or have been wanting to start using it.  Some librarians were wary of TikTok, and concerned about potential safety or privacy issues with the app.  In response to this concern, this post will delve into the question:

“Is TikTok less safe than other social media platforms?”

My opinion: TikTok is about as safe as the other social media platforms as long as you:

I know there have been some scary-sounding, very sensationalized headlines about TikTok. As librarians, we understand that good media literacy skills often means we cannot make assumptions about based just on headlines or news clipping sound bytes. The fact is that the people writing those headlines and creating those sound bytes are doing so in order to sensationalize and to draw attention.  Taken out of context, these headlines can make TikTok sound scarier than other social media platforms. But in actuality, it’s basically as safe (or unsafe) as every other social media platform.

All social media platforms have the similar risks. Regardless of the platform, it is always important to understand how the app works and how to use the safety and privacy functions to help make it safer.

It is always important to make sure to practice good digital citizenship skills of protecting personally identifiable information (especially for children).

In my estimation, based on my experience with the app and my research into it, I do not believe TikTok is less safe than twitter, Instagram, snapchat, facebook, etc. Let’s take a closer look at a few of the concerns.

The military is banning TikTok, so it must be really bad/dangerous, right?

Why does the military consider TikTok a potential security threat when installed on official government devices?

Like all social media platforms (and indeed, most apps and websites in general) TikTok collects data and information from the device it is downloaded on. Even though all social media platforms collect user data, TikTok is considered by the military and government more of a threat when installed on government devices because, unlike instagram, facebook, twitter, etc TikTok is owned by a Chinese company.

Chinese companies don’t have protections preventing the Chinese government from potentially demanding and accessing the data Chinese companies collect from their apps. For this reason, it is possible that data collected on TikTok could end up in the hands of China. This is why US military and government do not allow the app to be downloaded on government devices. So that none of the data on the devices, which could have information relating to national security, can be collected and potentially accessed and leveraged by the Chinese Government.

This is why, if you are a government/military employee OR contractor, it is important that you not download this app to any official government devices. While there is no proof that the Chinese government is accessing TikTok’s user data, there is no way to ensure they are not either.

“The U.S. Army’s decision to ban TikTok is yet another sign of the growing suspicion and mistrust U.S. authorities feel towards the Chinese-developed social media platform,” Ray Walsh, data privacy advocate at ProPrivacy.com, told ClearanceJobs via an email. (This quote is from this Business Insider article)

“Any time an app like this becomes so popular, so quickly, and is owned by a company in a country from which state-sponsored cyber attacks on the US are the norm, it is important to be very cautious about where it is being used and what devices it is installed on,” said Erich Kron, security awareness advocate at KnowBe4. (this quote is from this article)

“With the popularity of TikTok, the soldiers are using the app to make videos which could potentially and inadvertently reveal locations of bases that are meant to be kept secret,” explained James McQuiggan, security awareness advocate at KnowBe4. (this quote is from this article)

Interestingly, the US Army was actually using TikTok as a marketing and recruiting channel before this ban was put into place.

TikTok settled a $5 million lawsuit with the FTC for COPPA violations, so TikTok must be way more dangerous to children than other social media apps, right?

In my estimation, TikTok is not more dangerous than other social media apps. Just like all platforms, it can be dangerous when used irresponsibly or without utilizing the privacy and safety features.

TikTok did pay an unprecedented fine for violating COPPA, but they are certainly not the first or only app to have to pay a fine for violating COPPA. Indeed, Google & Youtube have paid over $170 million for COPPA violations. Facebook and Instagram have been accused of violating the same COPPA rules as well. Since most major social media platforms have faced the same accusations about COPPA as TikTok, I’m not entirely certain why some people seem to think that TikTok endangers kids more than the other platforms.  The truth is that most social media platforms fail to truly enforce COPPA protections, because, even if they do require a date of birth to use the app, kids can always just enter a false date of birth to seem old enough to use the app. This is why teaching our children and students good digital citizenship practices is the most important thing we can do to help them stay safe online.

What do they mean by saying TikTok “violated COPPA?”

Essentially TikTok did not specifically require a date of birth to be entered when creating an account. Instagram, Facebook, and YouTube have all had the same problem at one point or another. TikTok paid their fine and has since changed their app so that it now does require a date of birth. It now meets COPPA requirements.

In addition to taking these actions, TikTok has also since created a separate offshoot of the app that is specifically for younger children, and which they say ““introduces additional safety and privacy protections designed specifically for this audience.” (Wired)

Another concern that has been levied against TikTok is the claim that the platform has been guilty of censoring content that might offend not only the Chinese government, but even other governments in markets where it operates. This is a concern which should be taken into account when you decide whether to use the app or not, especially depending on your geographical location. You may not wish to support an app that has been accused of suppressing or censored certain ideas, values, news stories, etc.

In September, The Guardian saw internal documents that instructed moderators to censor content that could anger the Chinese government, including mentions of Tiananmen Square or Tibetan Independence. In a statement, TikTok said that these policies were no longer in use as of May (this quote is from this article)

Okay, with all of that said, there is no doubt that deciding whether to use TikTok is something each person needs to carefully consider for themselves. This is true of all social media platforms, of course, since all platforms have various safety and privacy concerns.

The good news is that TikTok does have plenty of features that you can use to increase privacy and safety when using the app! My next blog post will go into these features and functionality more in depth.

For those of you who may want to hop on the TikTok train before the next post comes out, be sure to look at the following TikTok features: ability to switch a public account to a private account, the ability to disable or filter comments, and to prevent downloads, duets, and reactions. Also there is the ability to post your videos as “private” so the don’t get sent into the feed of anyone else. I’ll go into more detail about all of this in the next post!

A note of clarification

This blog series is intended to show Librarians why they might wish to consider incorporating TikTok into their library’s social media repertoire. This blog series is therefore aimed at helping adult professionals decide whether to use this app or not. I am providing information that may help adult librarians decide for themselves if this is a tool they wish to use, as I personally have found it to be a very successful platform to connect with my library’s community, promote library programs, advocate for the profession, and enhance branding and outreach efforts.

This blog series is not intended to discuss whether I think children should or should not be using TikTok.  As with any social media platform, that is a decision that can only be made between parents and their children. I am in no way weighing in on whether I think your children or students should be using the app.

No one can make this decision for you, and it is perfectly okay to decide against using social media platforms. Doing so, or not doing so, does not speak to whether you are a good librarian or not. It is simply a matter of personal preference. Each librarian and community is different, and no single choice is right or wrong for all everyone.

See you soon for the next post in this series!